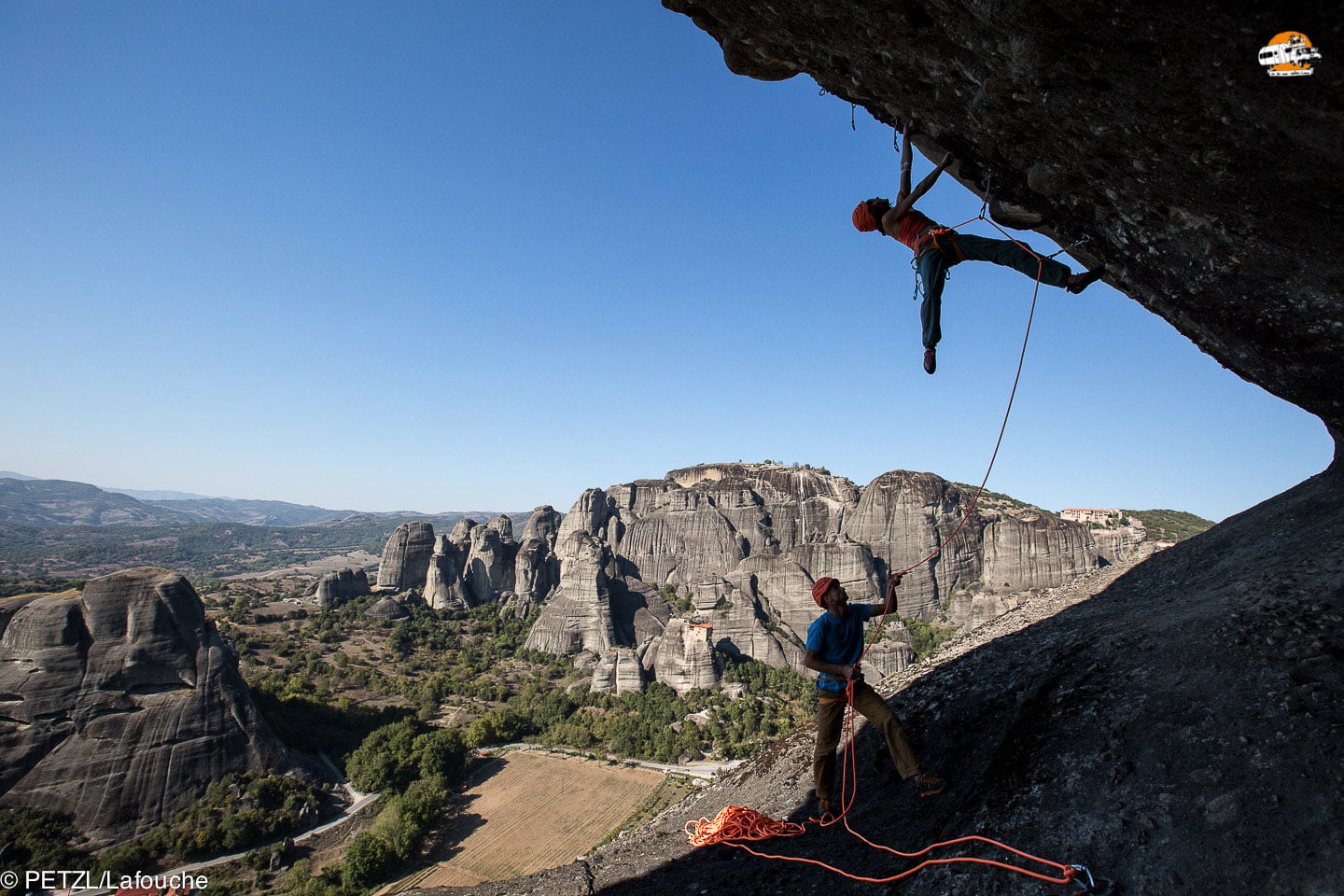 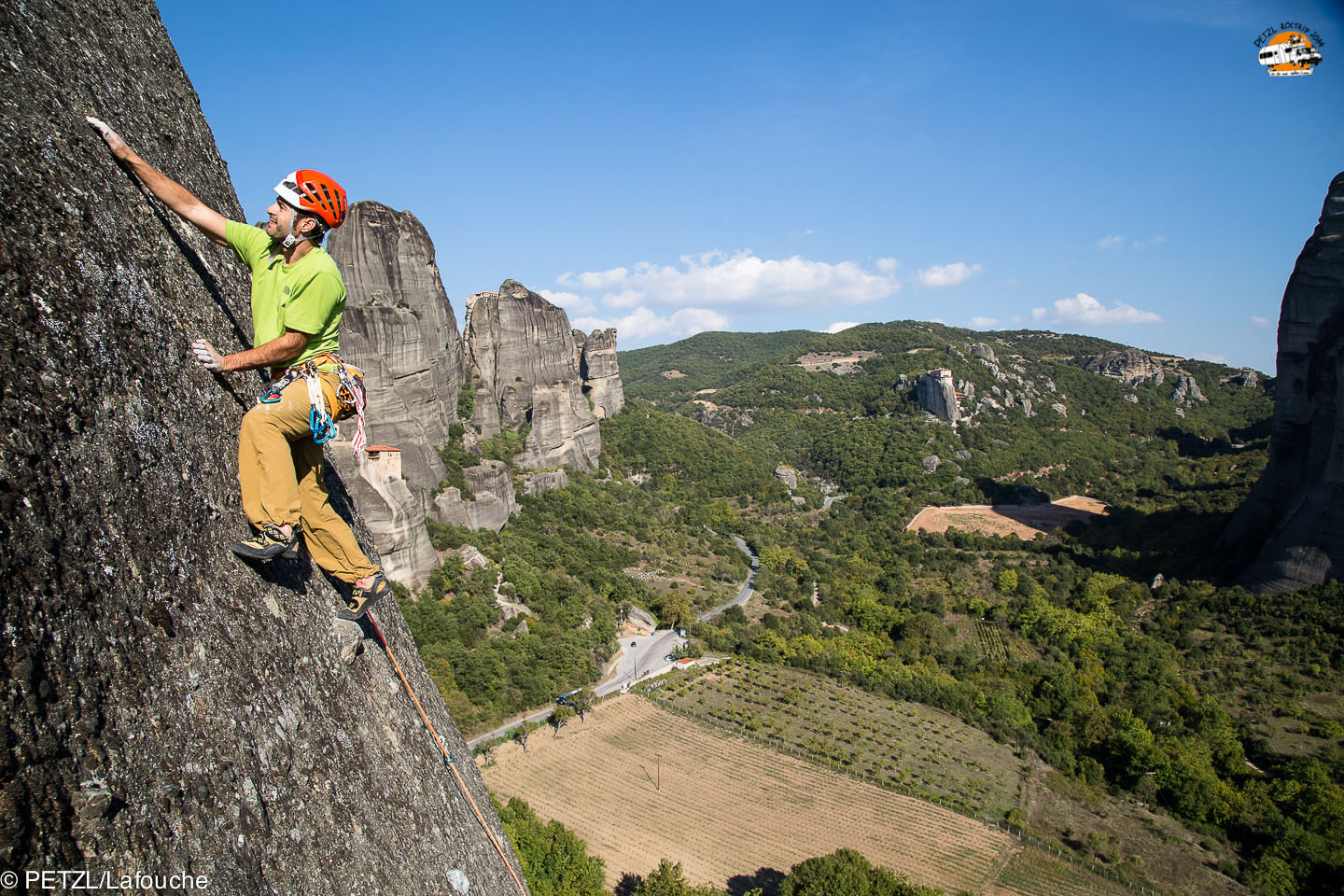 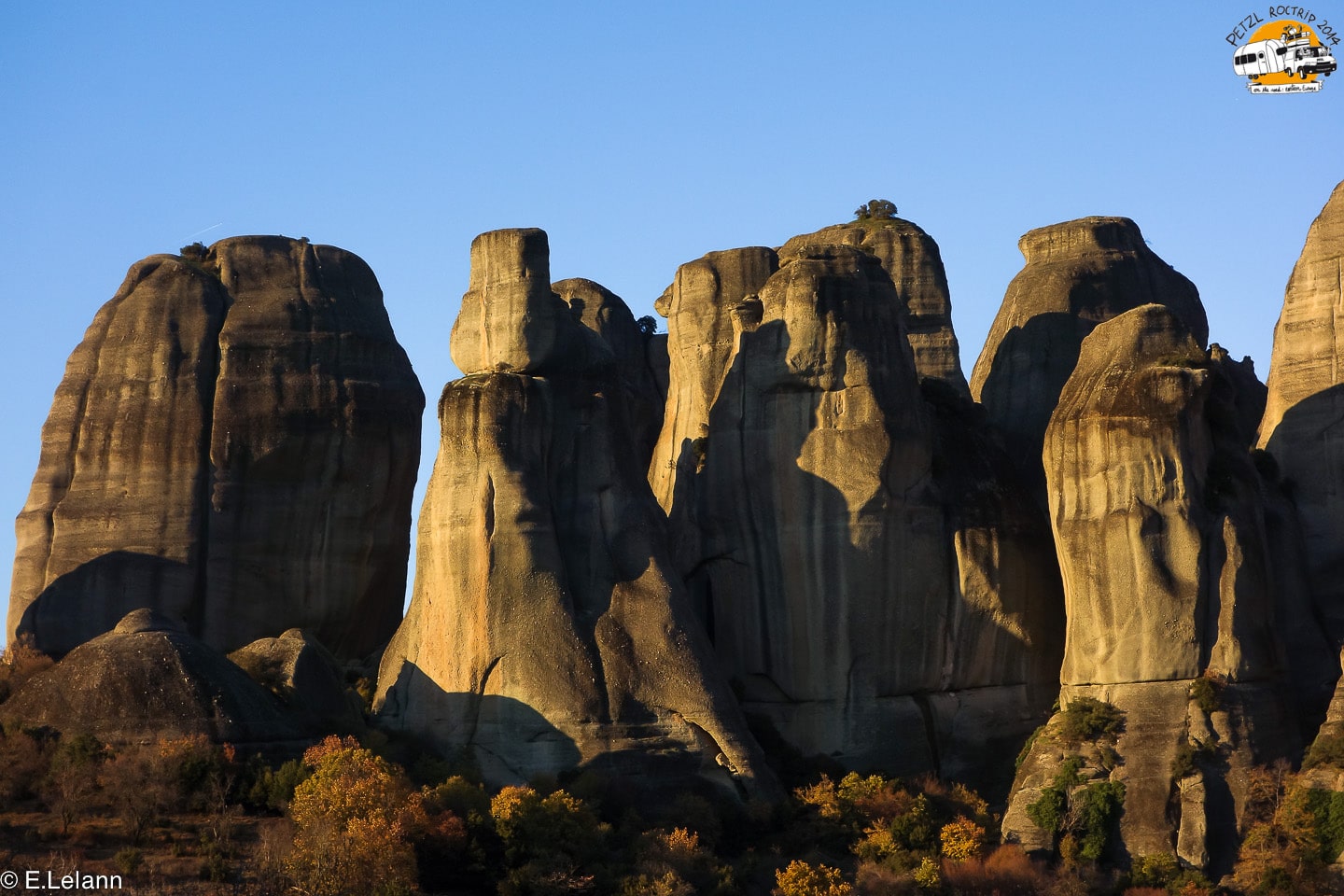 What a fascinating stopover in Meteora… While traveling through Greece, the Petzl RocTrip altered the spacetime continuum. From October 1-6, 2014, surrounded by six-hundred year old hermit dwellings, RocTrippers enjoyed out-of-this-world climbing.

Meteora is a rock formation in central Greece, hosting one of the largest and most precipitously built complexes of Eastern Orthodox monasteries. The six (of an original twenty four) monasteries are built on immense natural pillars and hill-like rounded boulders that overlook the surrounding landscapes. Meteora is located near the town of Kalambaka, along the northwestern edge of the Plain of Thessaly, near the Pineios River and Pindus Mountains. (source wiki)