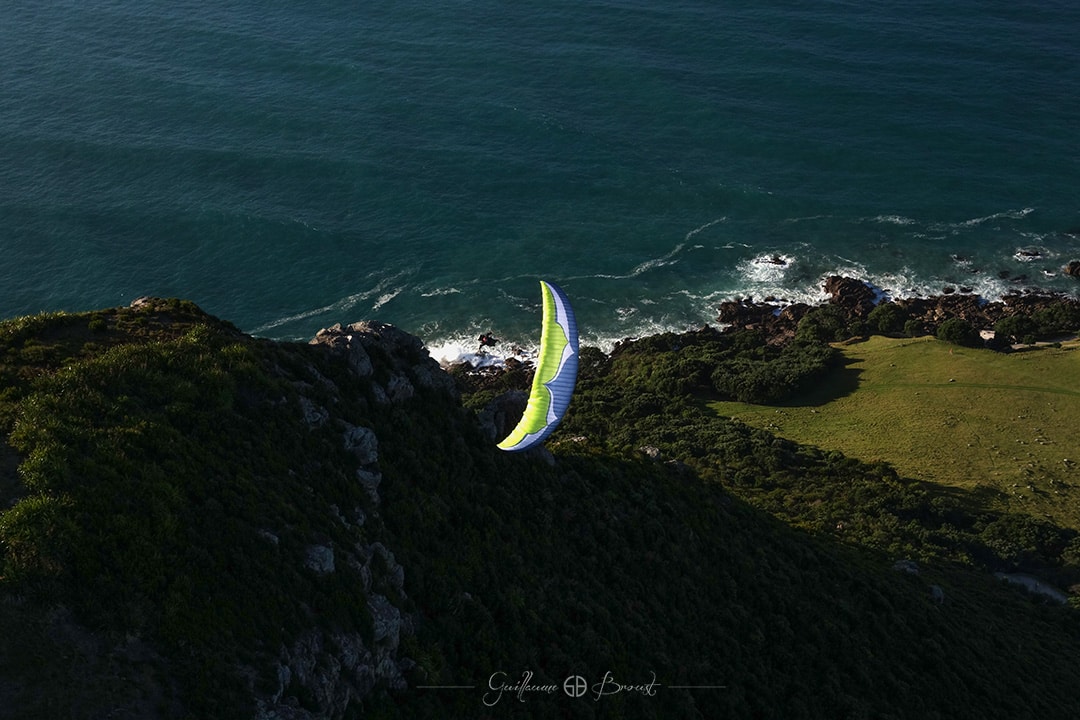 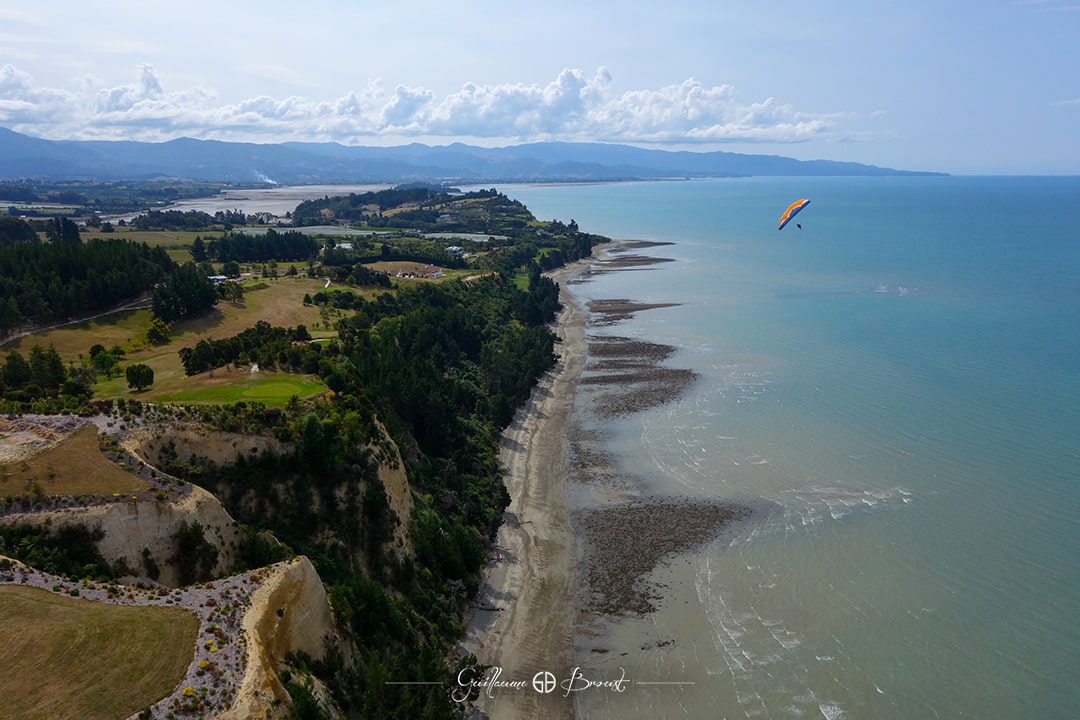 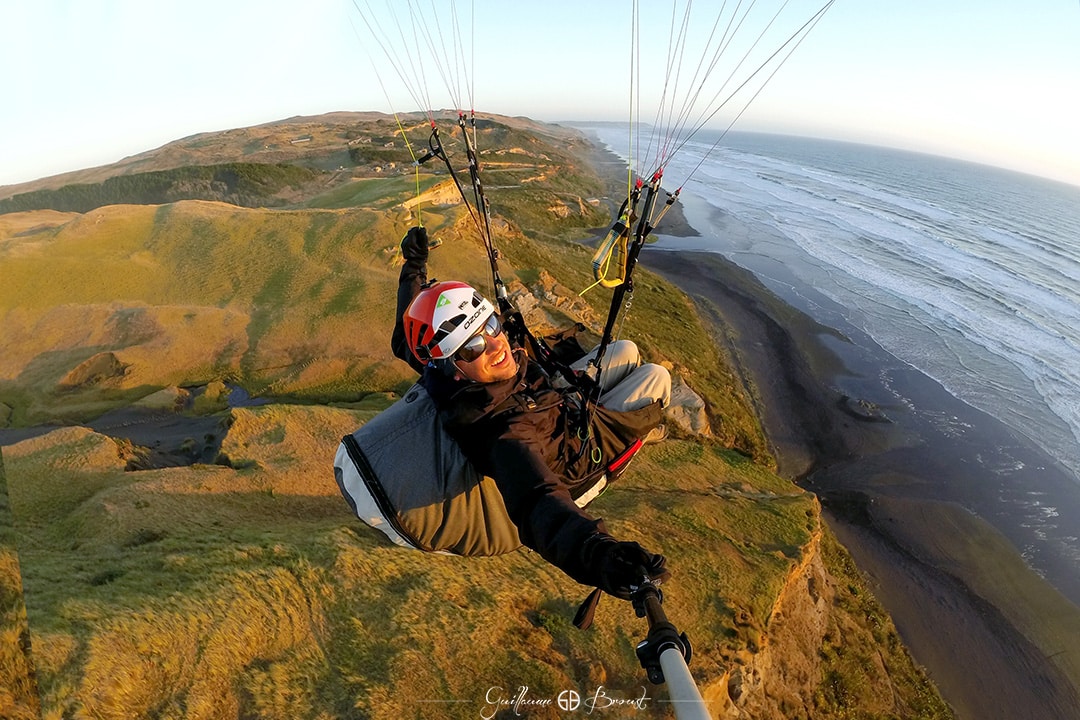 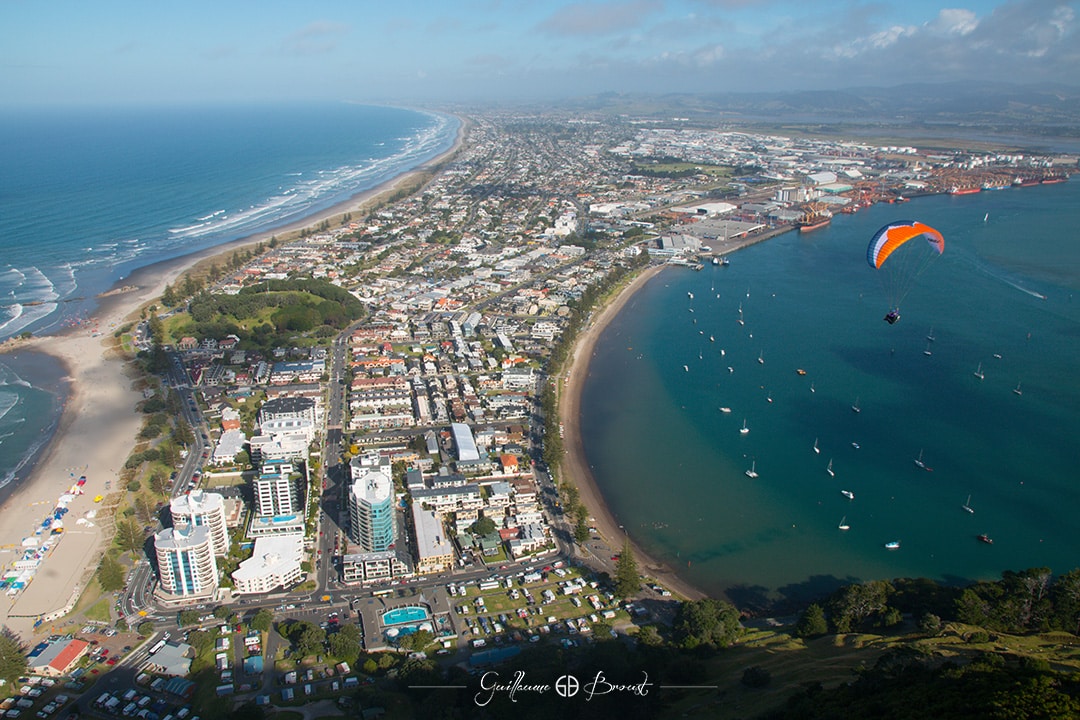 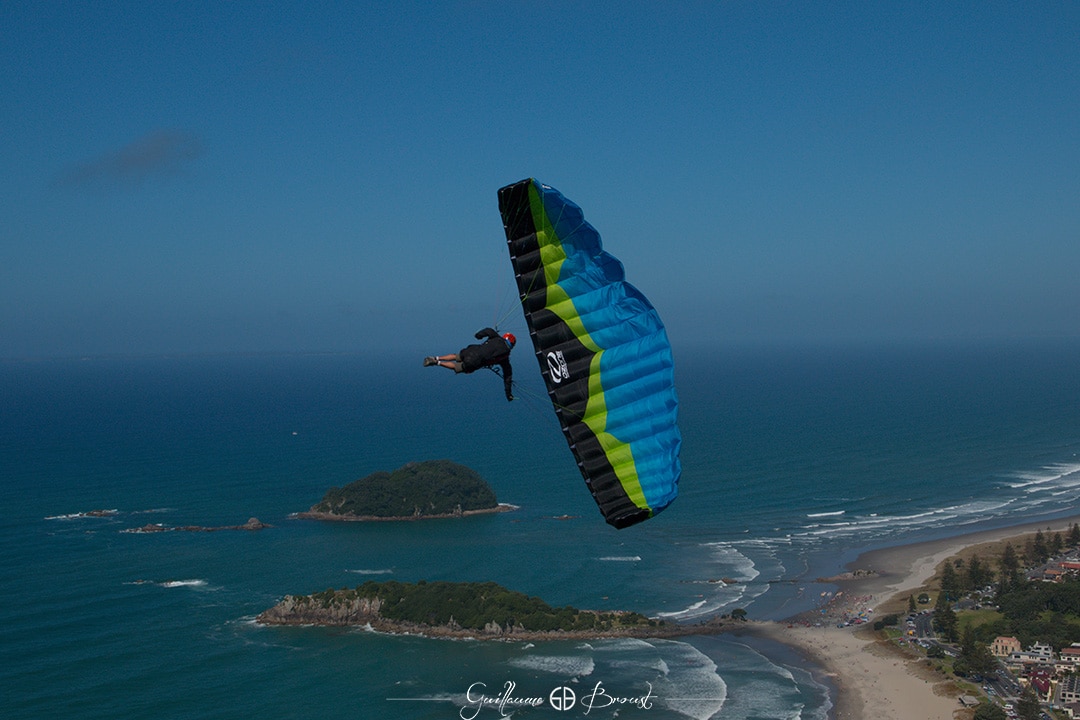 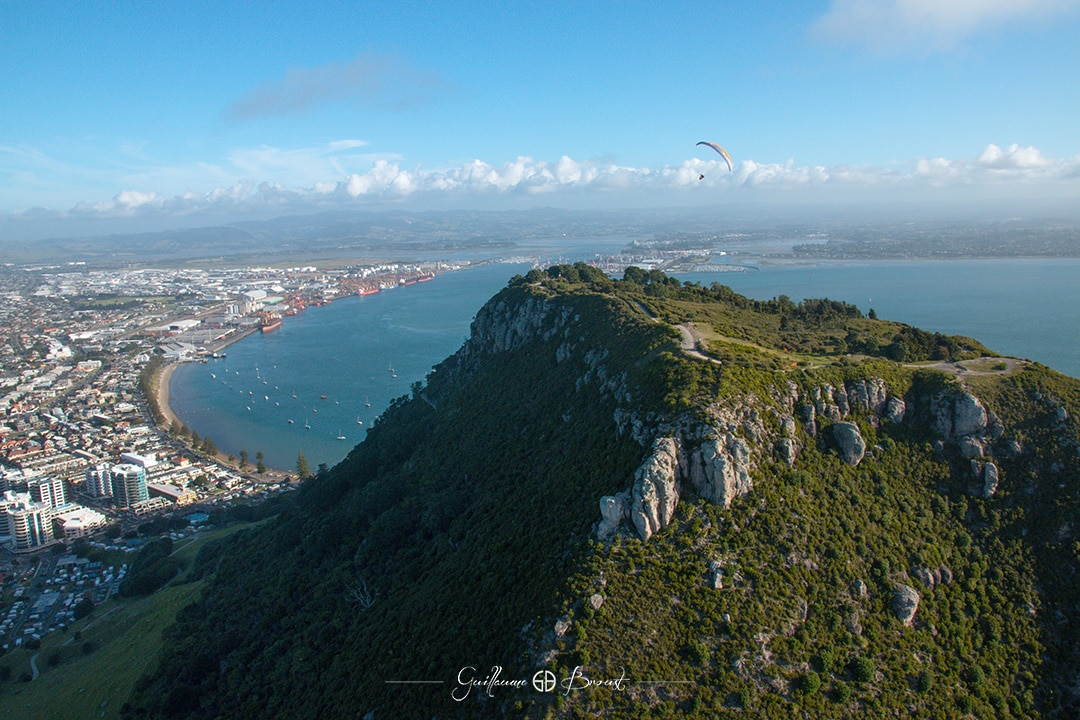 Traveling for an extended period of time, especially with a wing, harness, and a reserve parachute, clearly deviates from the ordinary. When you are traveling in “backpacker mode” and you don’t plan to fly everyday, you start to really wonder whether it’s worth it or not to take your glider!

But even if your gear adds weight and volume to your original bag, traveling with your paraglider in some remote areas opens you up to a whole host of amazing discoveries and encounters that you would have never experienced as a “simple tourist”.

We are two average pilots. We seek neither fame nor fortune, nor to break records or do crazy tricks. Our goal is to have fun, to fly in unique places, and to meet people from the fabulous small community of the free flying world. During our trip, we stopped in New Zealand, Nepal, and Namibia. This is the first episode about our year-long journey around the world.

– December to February seems the best time to fly in the South Island. Bring a powerful insect repellent, otherwise the sand flies will eat you alive at night!

– If you head to Wanaka, be sure to stay at “Flying Kiwi Backpackers”. The owners are pilots and many paragliders pass through, so you should have no problem finding someone to fly with.

– Since we were traveling for several months, sometimes simply on foot, we often stored our paragliding equipment somewhere to be able to travel in “light backpacker mode”. Even this sometimes required a short detour to retrieve our gear, it’s well worth it.

– Gear: After many discussions, we finally chose to bring real gliders with good harnesses and rescue gear, instead going the ultra minimalist route. What approach to take can be discussed ad nauseam, but we chose to maximize the days we flew, and also to be able to fly in strong thermal conditions and crowded places. If you do mostly coastal flights, a small glider with no rescue gear should work just fine.

– In New Zealand, people are really nice and helpful, but there are still a few basic rules to follow. Since you will likely rent a van (do NOT rent from Wicked Campers!!), be attentive where you sleep. There are designated places where you can park to sleep, sometimes free, sometimes not. “CamperMate” is an application that shows the spots where you can sleep. Don’t sleep on the side of the road.

– If you do Hike’n’Fly, be sure to respect all fences and cattle. Better to ask to the farmer if you can cross their property or not. On the South Island there are fences practically everywhere!