Makatea is a small idyllic tropical island in the Tuamotu Archipelago lost in the middle of the Pacific Ocean. Vast limestone cliffs of the highest quality shoot 100-meter into the air along the coastline of this coral atoll. Fantastic rock for climbing, with coconut trees and a turquoise-blue lagoon for an amazing backdrop… Paradise on Earth you say? If only it were that simple.

At the beginning of the 20th century, Makatea became an important source of phosphate, and the island quickly transformed into an industrial mining and marine hub. The population of Makatea exploded from just a few dozen inhabitants at the beginning of the century to roughly 3000 people at its height. But when mines closed all of a sudden on October 20, 1966, the island emptied just as quickly, and the abandoned infrastructure transformed the place into a ghost town.

History could have come to a screeching halt right then and there, if not for the initiatives of several locals, including Tapu Maï, president of the Makatea Escalade climbing club. In 2003, the island’s mayor reviewed the possibility of using the industrial ruins and the island’s unique geology to develop tourism. The caves offer unique opportunities for exploration, and the towering cliffs provide an oceanfront haven for climbing.. 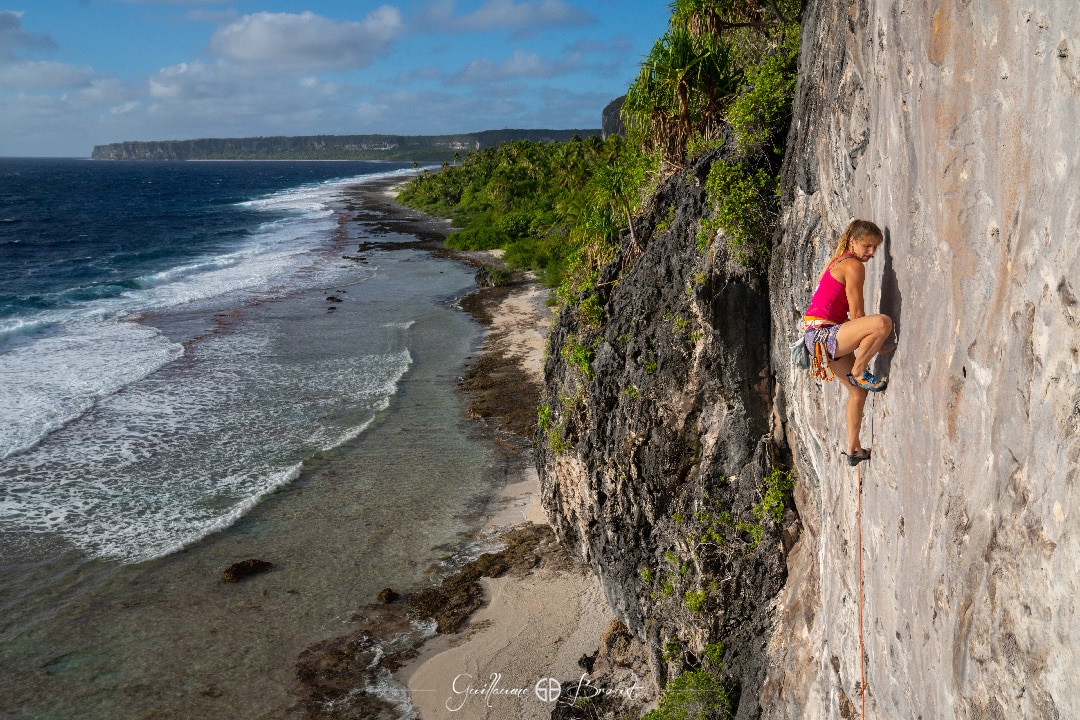 When the sailboat for Expedition Maewan reached Makatea in 2018, its captain Erwan LeLann discussed with Tapu and local stakeholders about the possibility of bolting the cliffs for climbing. An outdoor sport like climbing could prove to be the gateway to an eco-tourism based economy for the island, preserving its biodiversity and creating a sustainable activity for locals. The project Makatea Vertical Adventure was born! 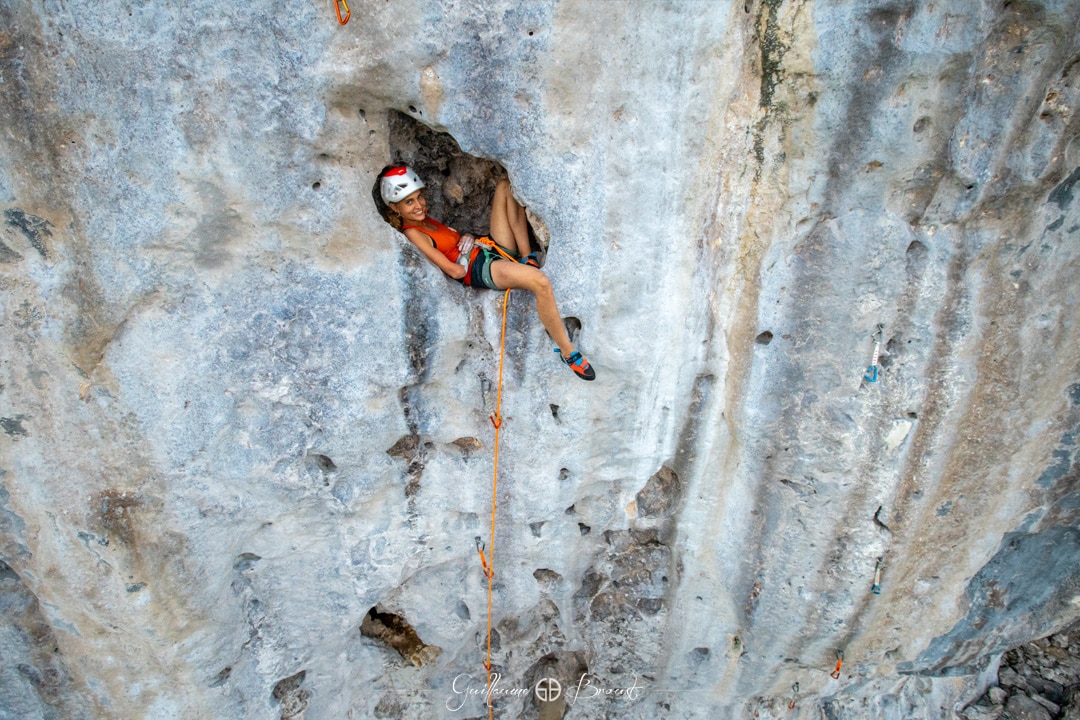 Erwan called upon a group of experienced climbers and route setters: Charlotte Durif, Nina Caprez, Marcos Costa, Jonathan Siegrist, Michael Schreiber, Bernd Schlogl, and Aymeric Clouet. With help from ACROPOL’s rope access specialists, everyone had a great time during the month it took to bolt approximately one hundred mostly moderate routes on the island’s cliffs.

“We filmed in June 2019 and the movie will be released online by the end of 2020. The main theme is climbing and bolting routes on Makatea to assist local stakeholders in furthering sustainable economic development for their island. The story is told in part by Tapu and other local personalities (the mayor, a naturalist, a teacher, etc.). Part of the movie also covers the history of the island (archive footage from 1960).

The movie’s climax is the MAKATEA VERTICAL ADVENTURE, with fantastic climbing footage in an idyllic tropical setting. In addition, the intent is to show the public sharing in the adventure, as well as commentary from both professional and local climbers.” 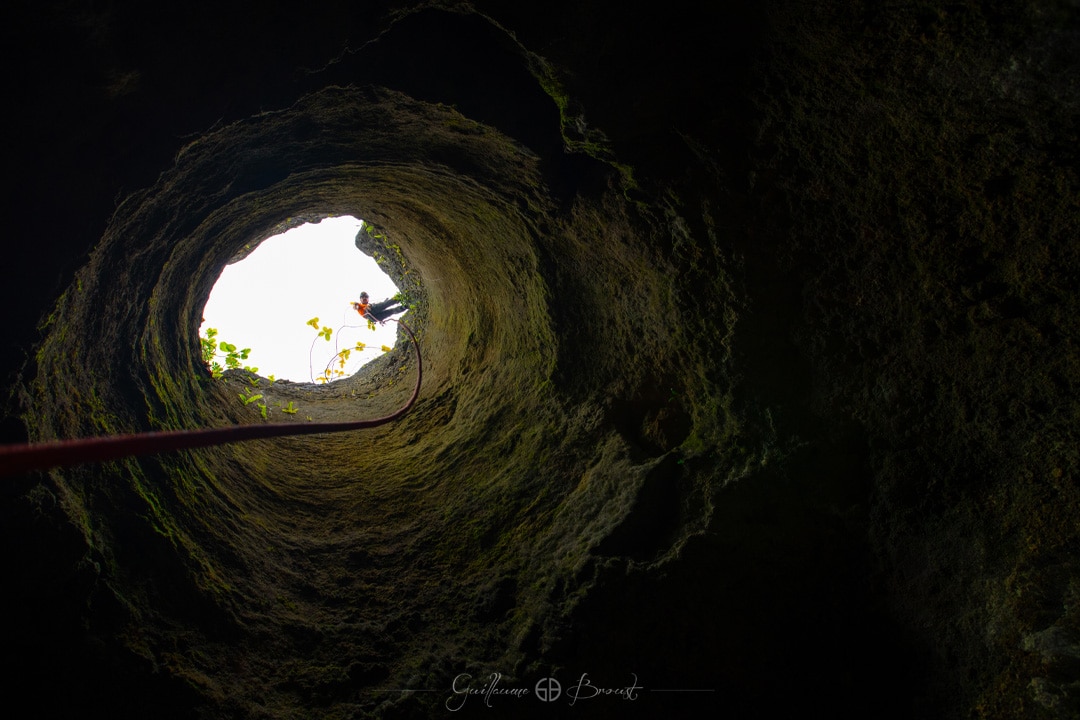