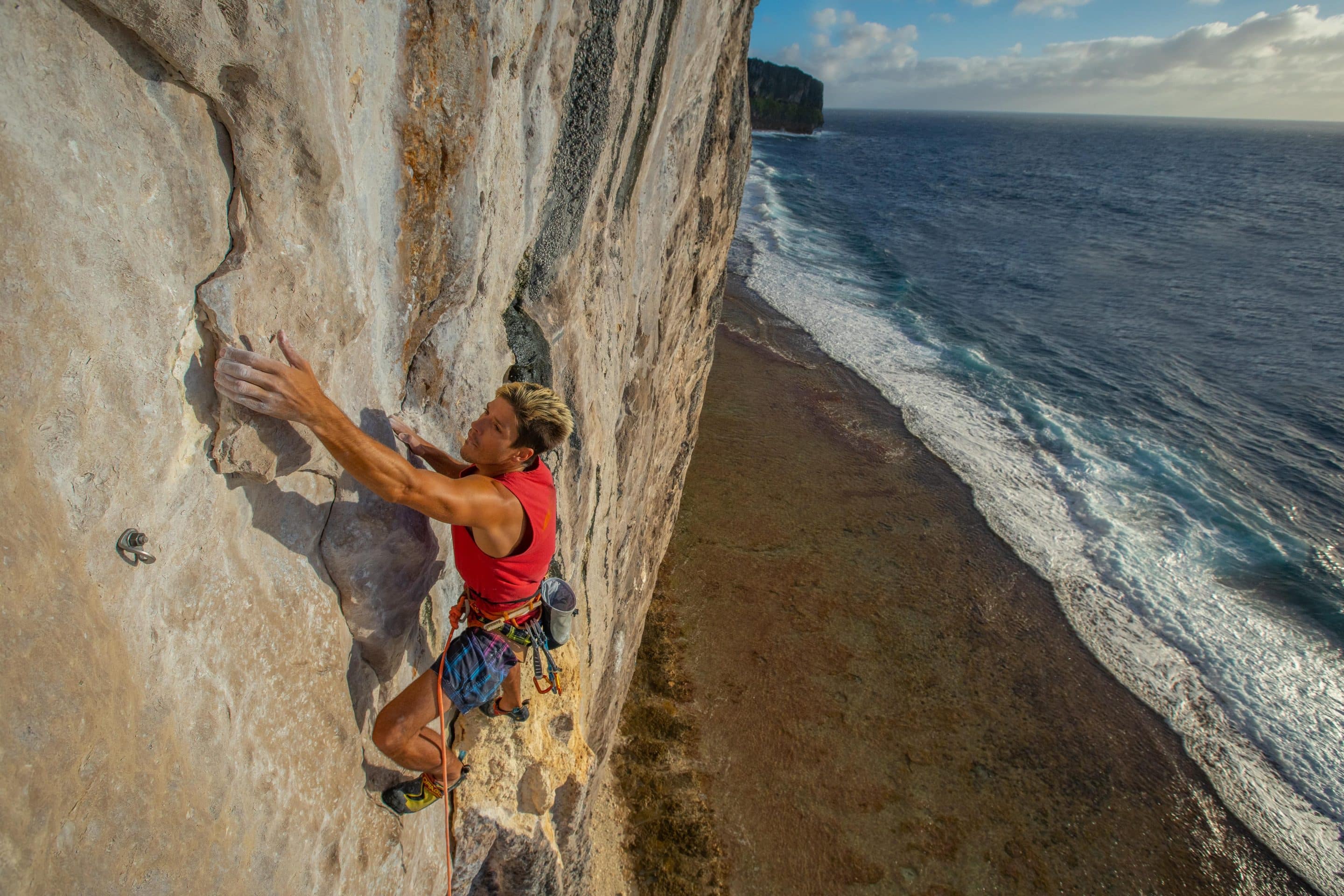 Makatea is a small idyllic tropical island, lost in the middle of the Pacific Ocean. Vast limestone cliffs of the highest quality shoot 100-meter into the air along the coastline of this coral atoll. Fantastic rock for climbing, with coconut trees and a turquoise-blue lagoon for an amazing backdrop… Paradise on Earth you say? Well… if only it were that simple.

In the XX° century, Makatea became an important center of phosphate extraction, propelling the island into a mining and marine industry era. The population of Makatea increased from about 30 inhabitants to about 3000 in 1962. But on October 20th. 1966, all the mining sites closed abruptly. The island becomes almost deserted and the infrastructures take on the appearance of a ghost town.

When the sailboat Maewan IV reached Makatea in 2018, its captain Erwan LeLann discussed with Tapu and local stakeholders about the possibility of bolting the cliffs for climbing. An outdoor sport like climbing could prove to be the gateway to an eco-tourism based economy for the island, preserving its biodiversity and creating a sustainable activity for locals. The project Makatea Vertical Adventure was born!