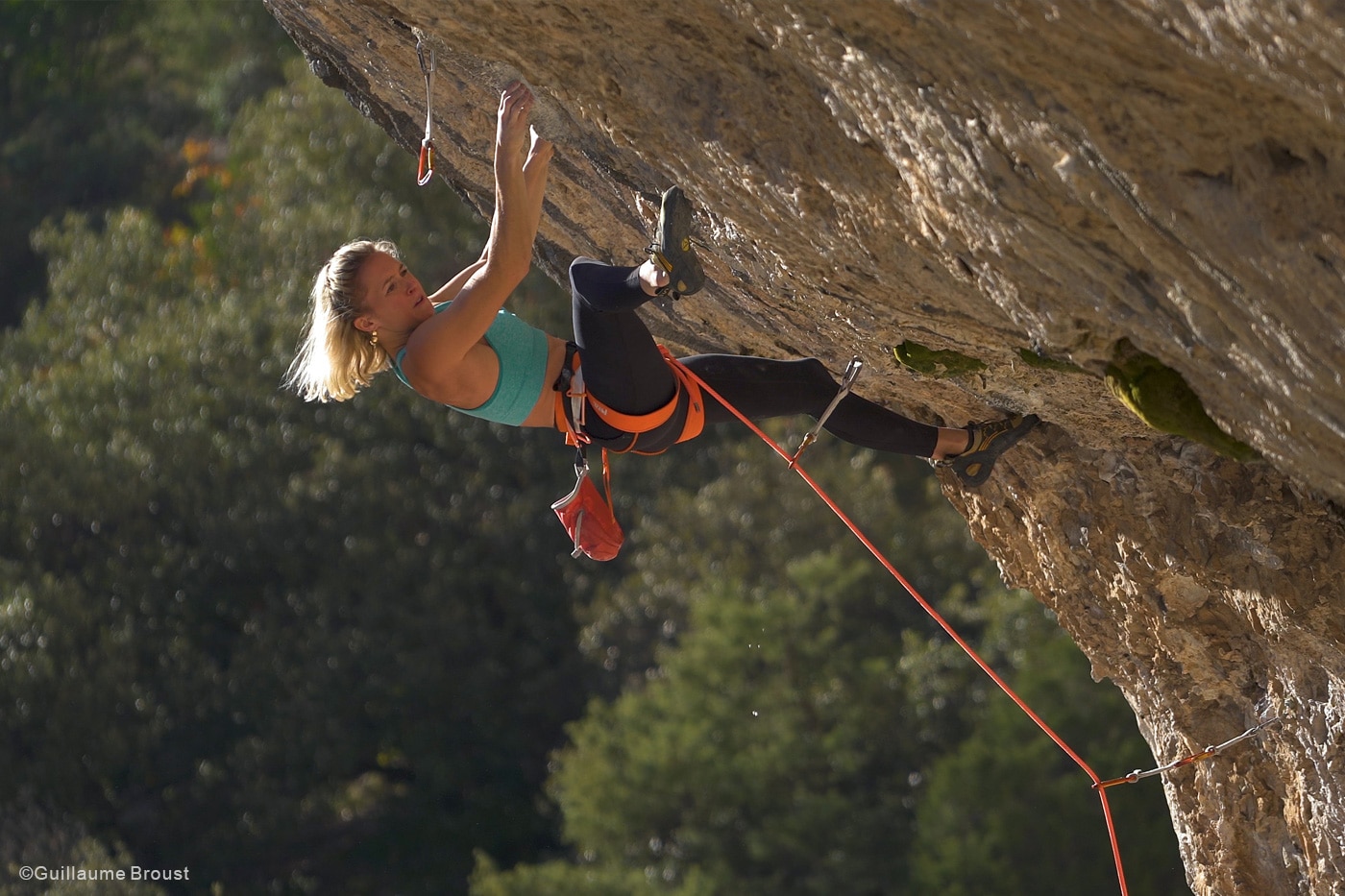 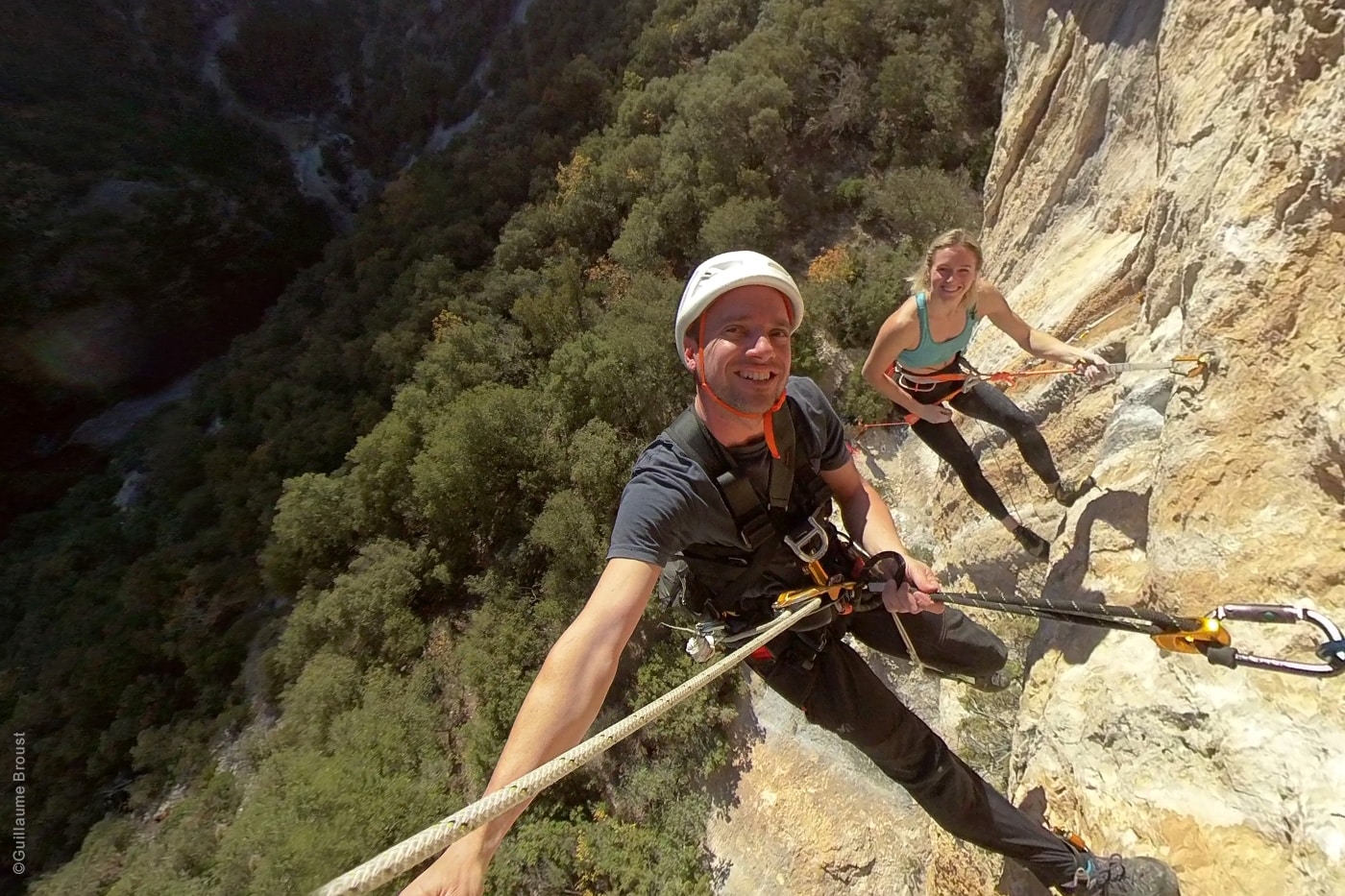 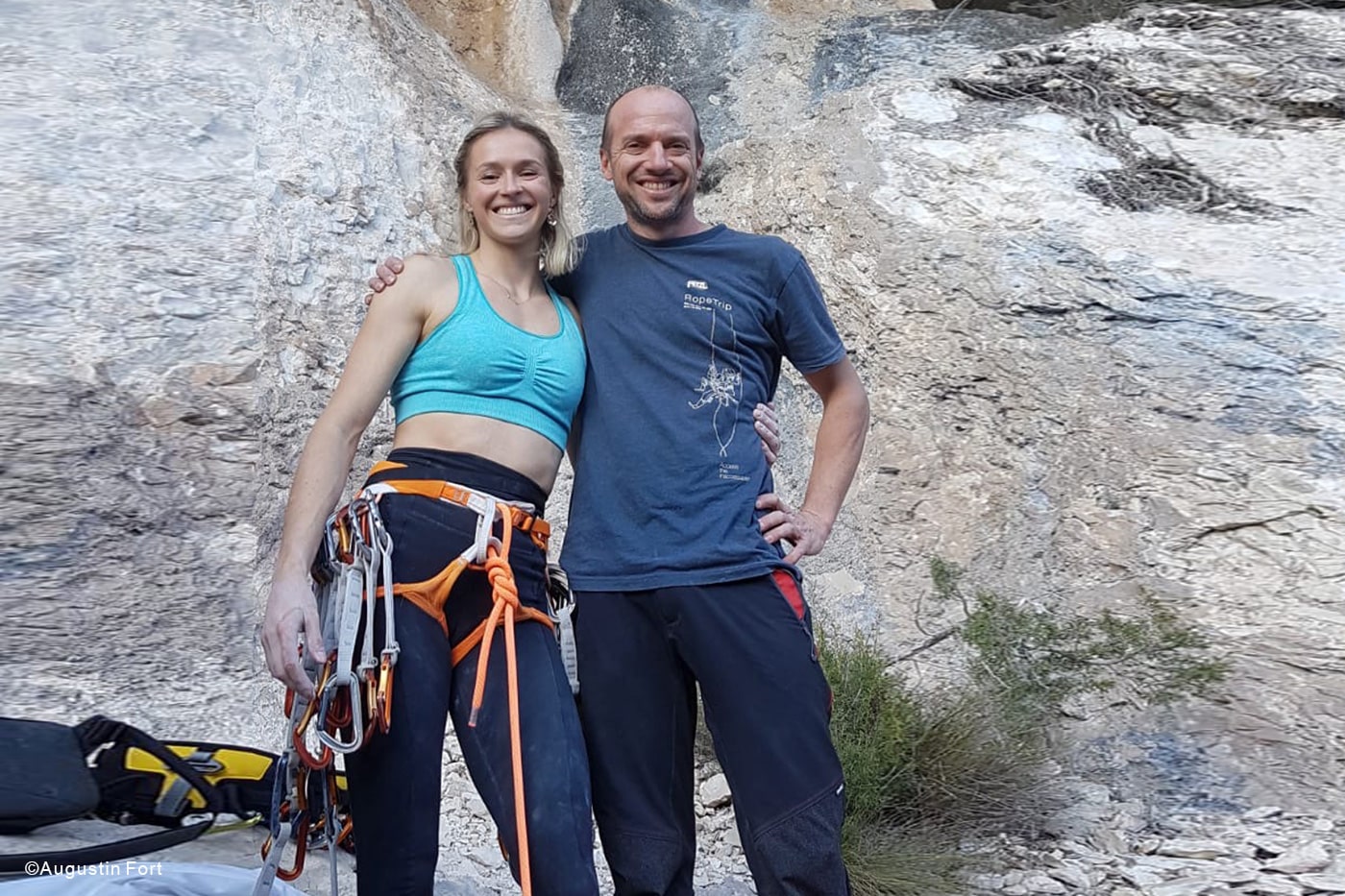 On November 7, 2020, Julia Chanourdie joined the very exclusive club of climbers who have sent 9b (5.15b). She redpointed “Eagle-4” in St. Léger-du-Ventoux (France), a route first sent by none other than Adam Ondra himself. Julia became only the third woman (and first Frenchwoman) to send a route at this level of difficulty. Her accomplishment generated a minor frenzy in the sport climbing world, and thrust the young climber from Annecy (who also recently qualified for the Tokyo Olympics) into the media spotlight worldwide. Her send video is even trending on YouTube!

Behind the scenes filming Eagle-4

Following this incredible feat, we needed to recapture the atmosphere of the send. Filming the climbing sequences took two days. Augustin Fort (Julia’s boyfriend) filmed the actual send using a small camera placed on the ground. Julia wore the same clothes to “match” the original footage. Two spectators also captured the send with their mobile phones. I integrated these shots into the film, as well as their colorful commentary, including the illustrious “I’m so pumped, can you take over?”

For the actual climbing, we wanted to provide raw footage with very little music in order to focus as much as possible on the moves. The background noise and Julia’s breathing needed to be ever present to pull the audience into the action. Julia re-climbed the entire route wearing a small microphone. Sending 9b a second time on command is not an easy task to say the least… But we needed Julia to climb a most of the crux section without a rest for viewers to be able to understand the true difficulty of each move. In addition, the warm weather proved less than ideal for sending, highlighting the eternal conflict between filming in the light and climbing in the right conditions to stay on such tiny holds! But Julia dug deep and almost sent the route a second time, which definitely enhances the intensity of the footage we capture, and the unique aspect of climbing routes this difficult.