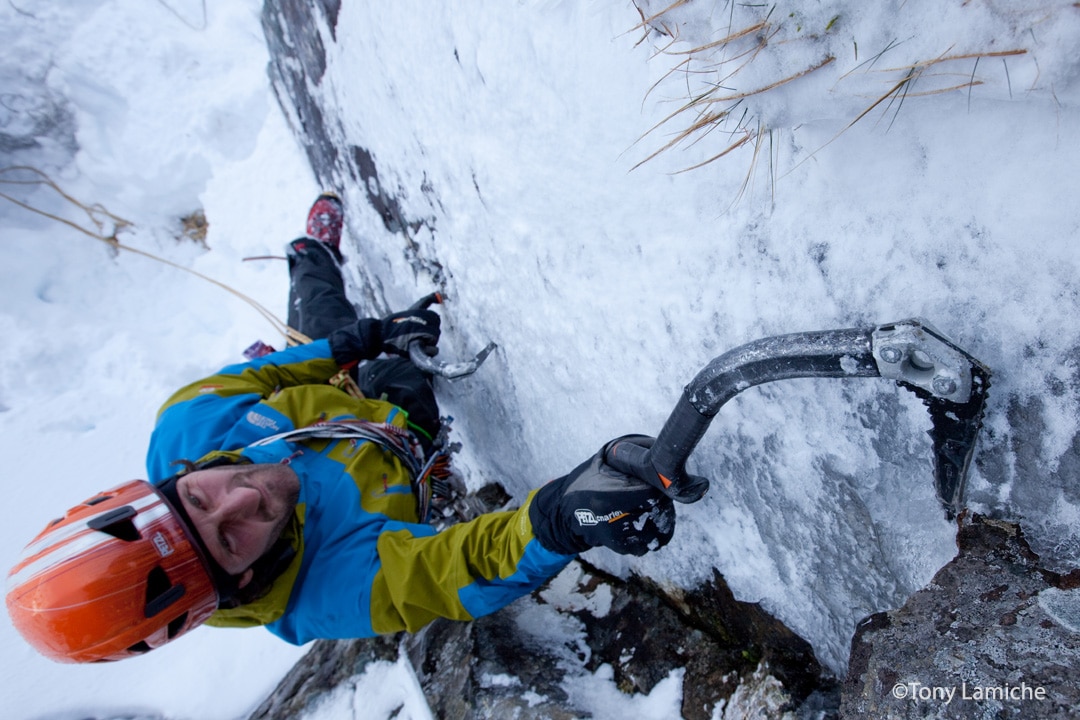 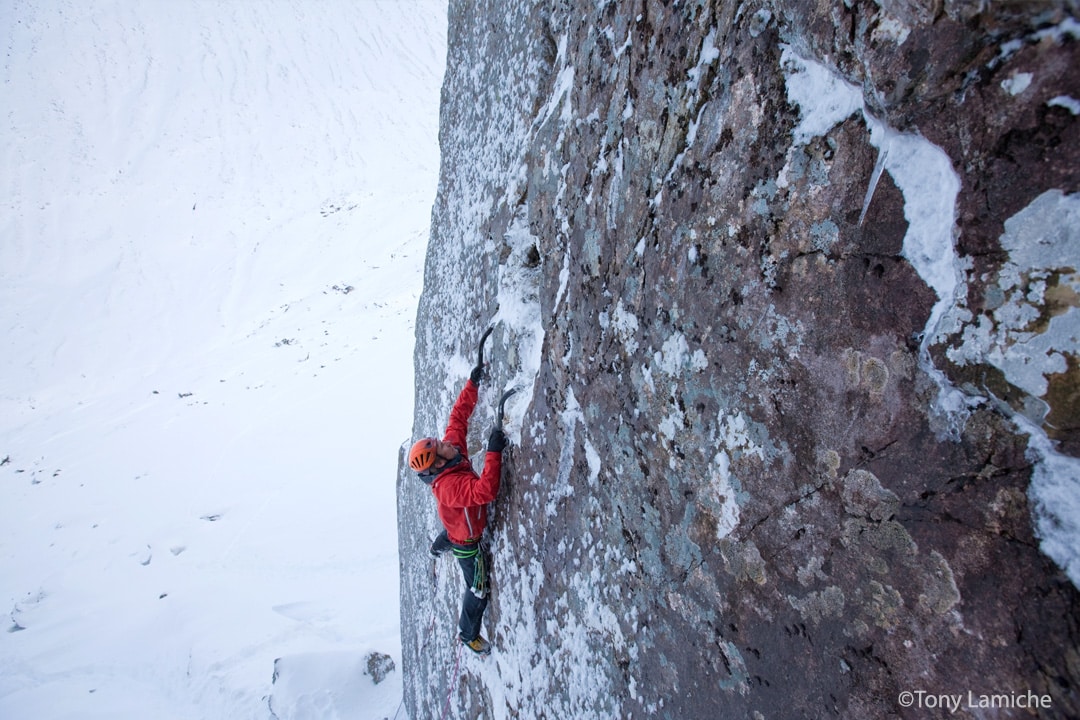 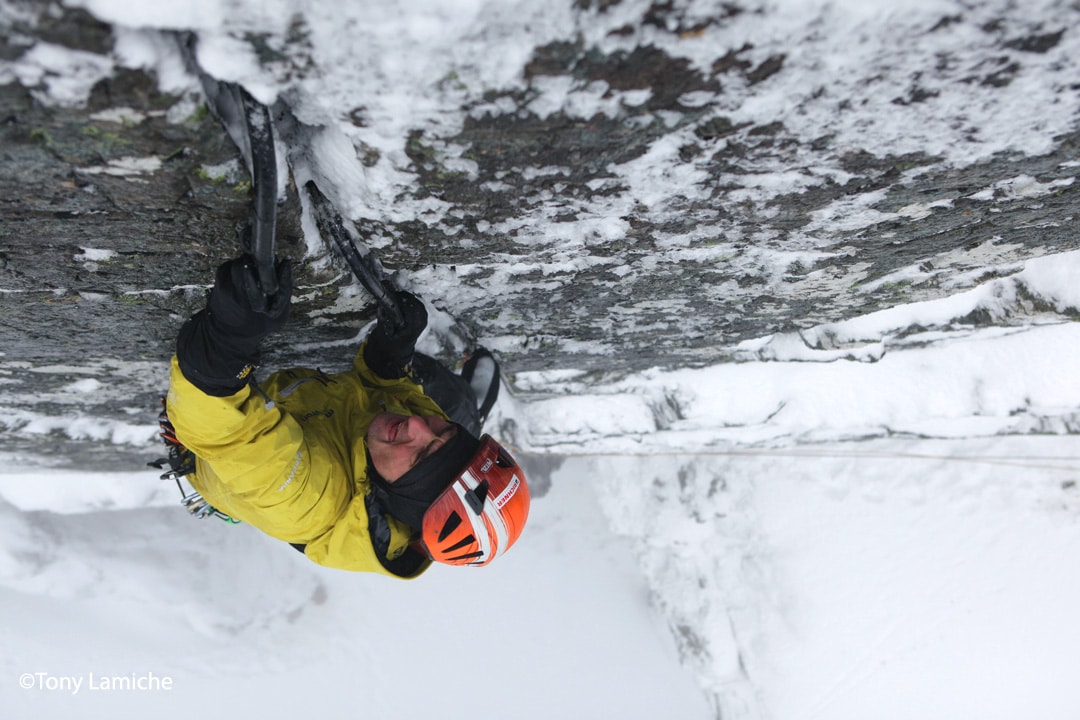 If there is one place on earth where climbers celebrate the arrival of the next snowstorm, it has to be Scotland.

Each winter, pounded by the North Atlantic winds, the Scottish Highlands are covered by a layer of snow and frost at the mercy of weather conditions.

Here, winter climbing has existed for more than a century, and the smell of adventure is as authentic as the whisky borne of the local peat.

Climbing is done from the ground up, without bolts, and generally onsight. An introduction to the very modern ethics of Scottish mixed climbing. It’s in those condition that Ueli Steck flashed “the secret” (X, 10), the hardest climb in Ben Nevis.