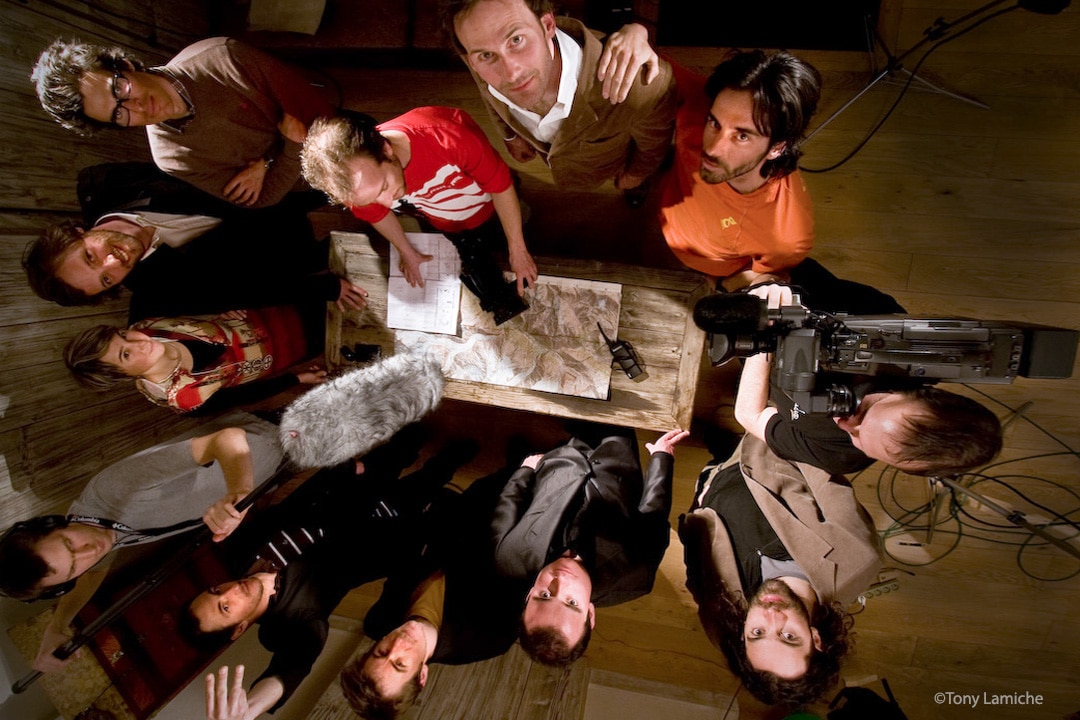 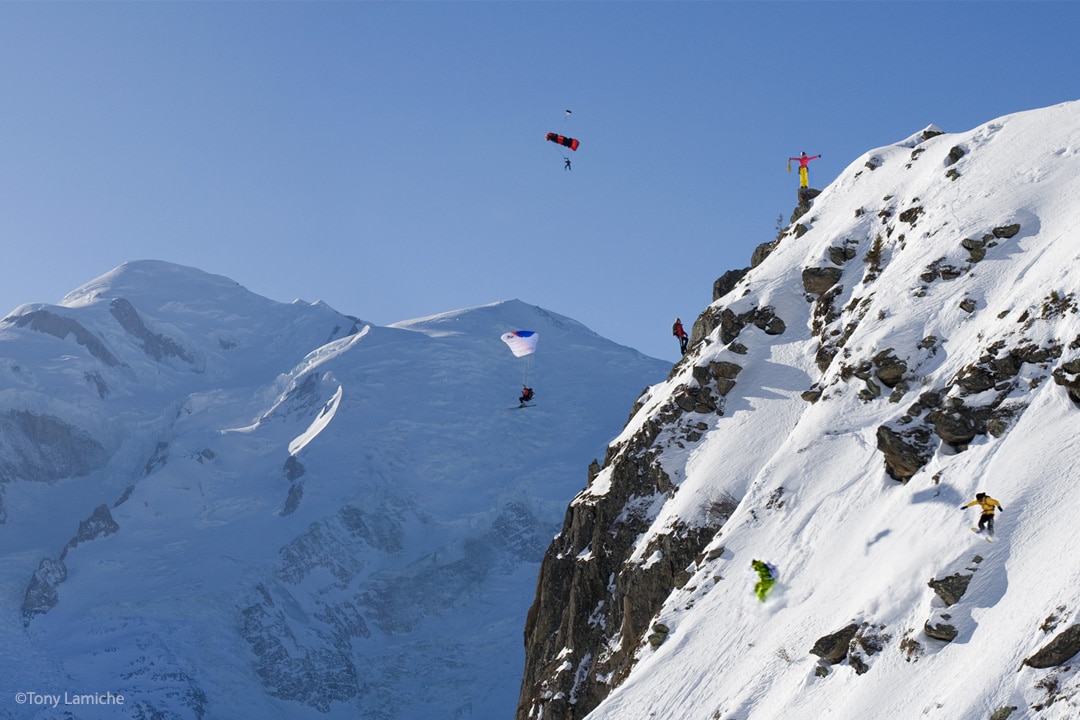 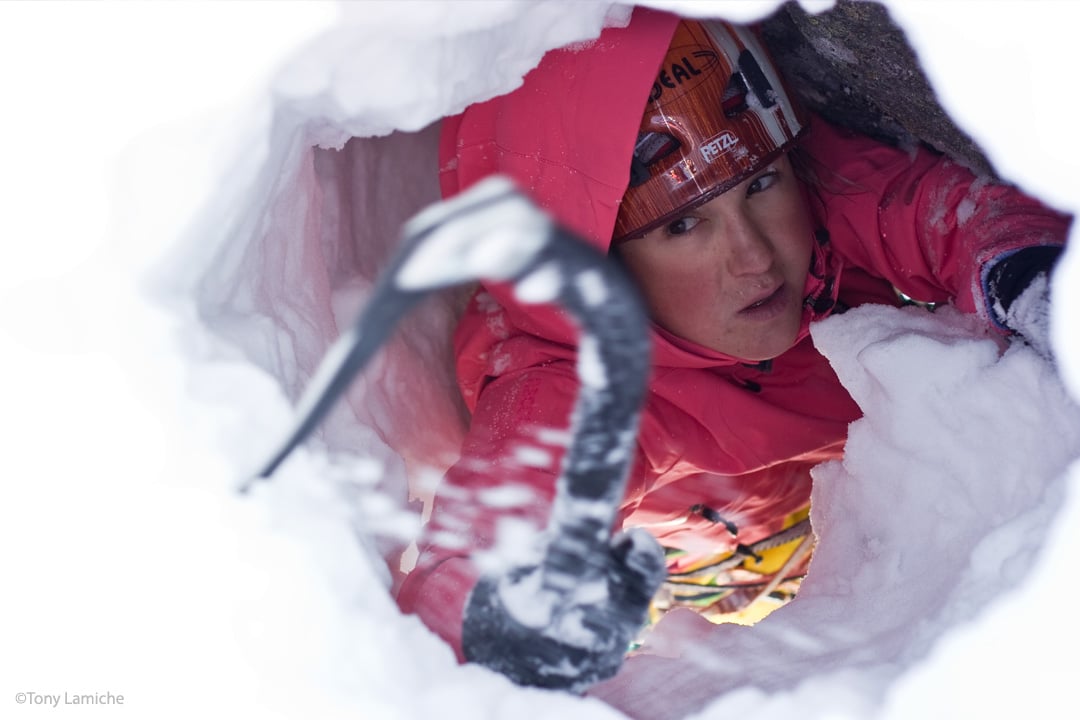 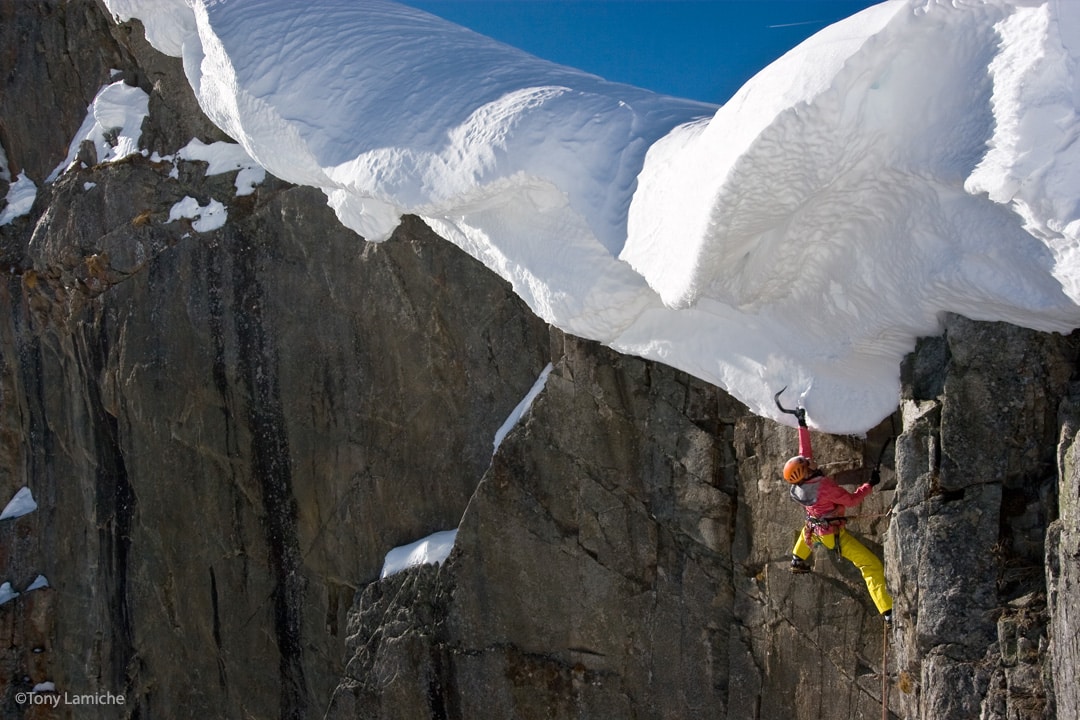 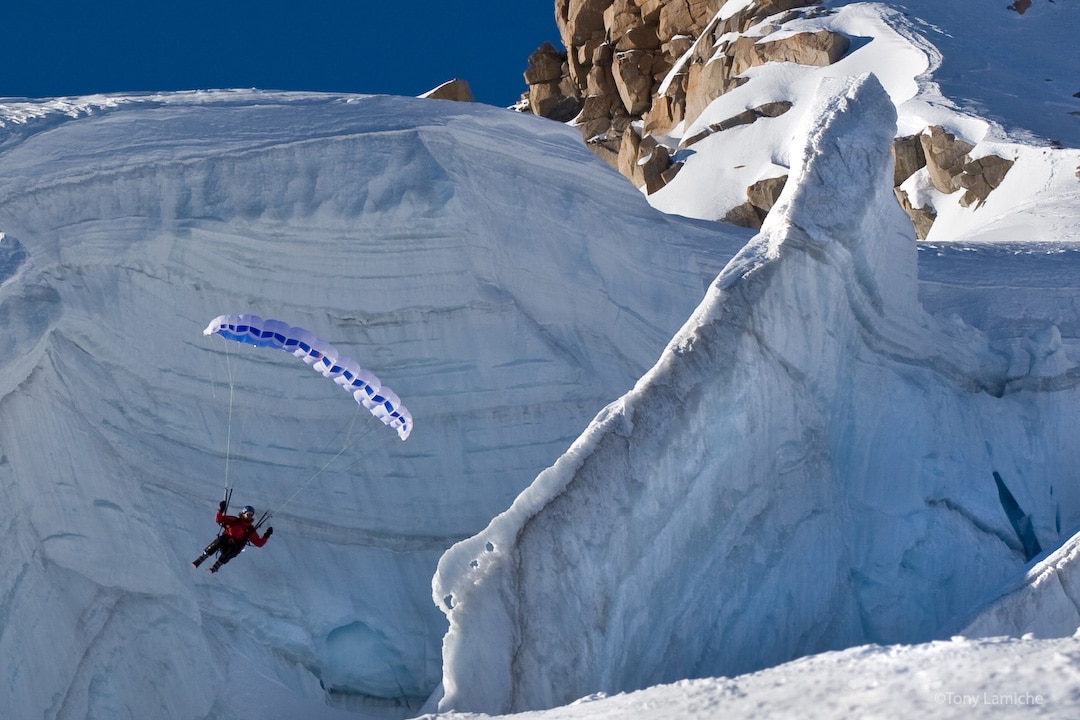 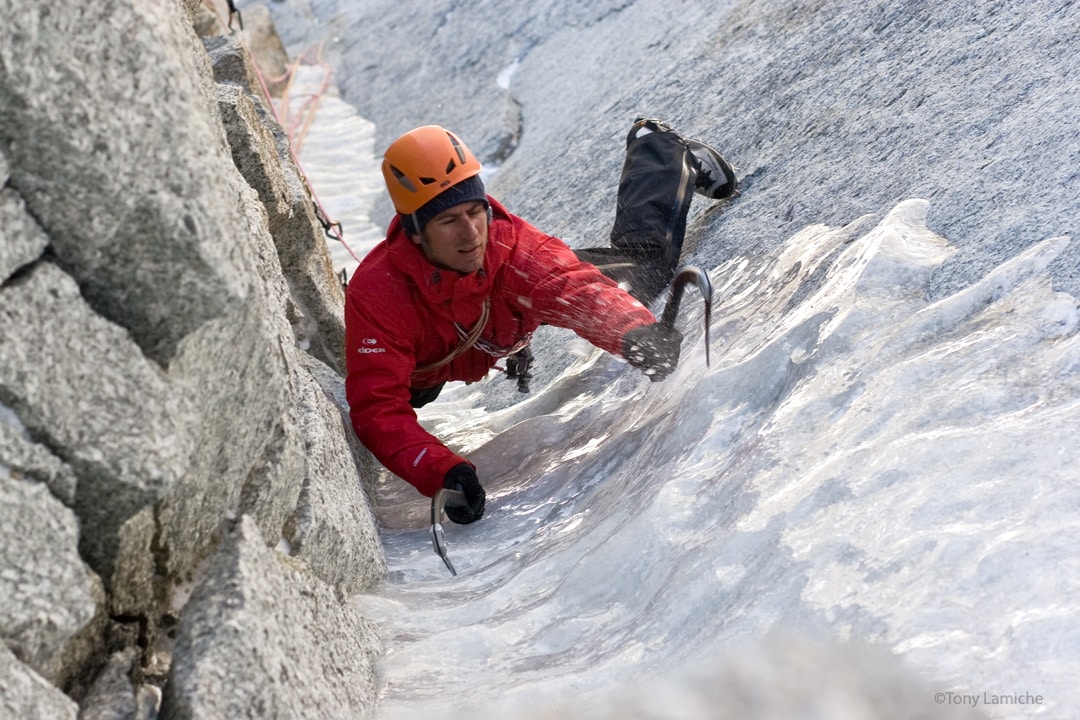 Shot and edited in just one week during the Nissan Outdoor Games in Chamonix (February 2008). This 5-minute short film features five different sports: mountaineering, skiing, snowboarding, paragliding, and base jumping.

All footage and editing had to be done in five days (Monday to Friday) and had to be shot in the Mount Blanc Range.

The idea for the film was to tell the story of our photographer, Tony Lamiche, who wanted to take a single photo showing all five sports, instead of one picture for each sport.

Everyone jumped head first into the project, even pulling all-nighters when needed! A huge thanks to MédéO Productions for doing such a stellar job overseeing production for the film.

A huge thanks as well to Liv Sansoz, who really invested her time and energy ice and alpine climbing with both a photographer and a camera tech in tow. Not an easy task! And thanks of course to Tony Lamiche, the spirit behind and star of the film. His hard work helped bring the entire project together. Sometimes it’s easier to be an elite athlete than a great actor!