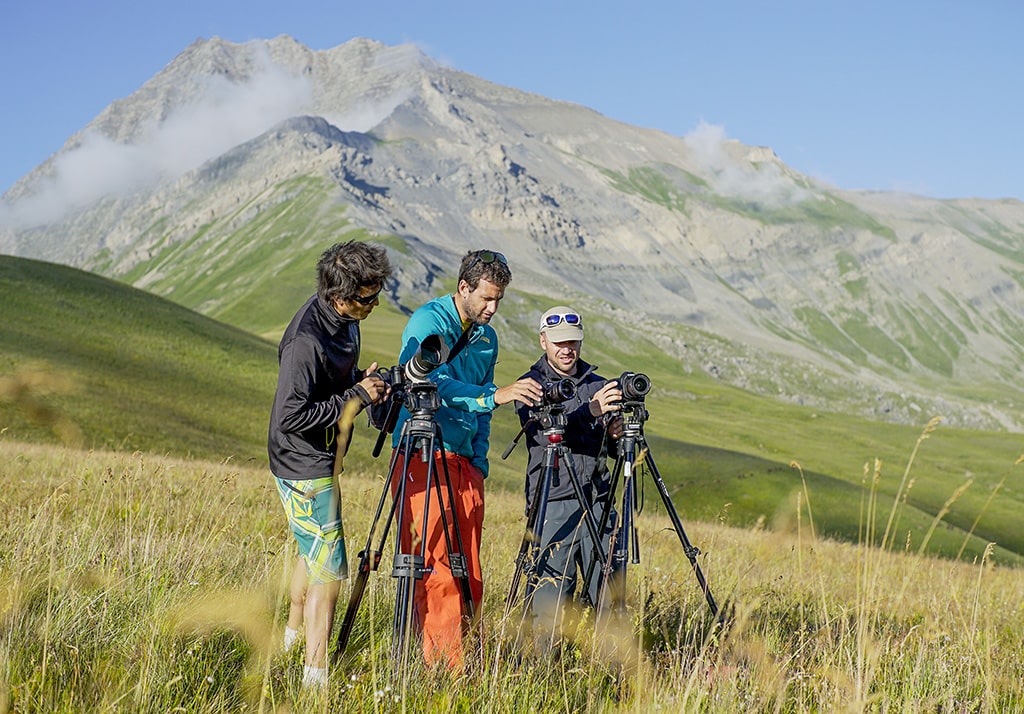 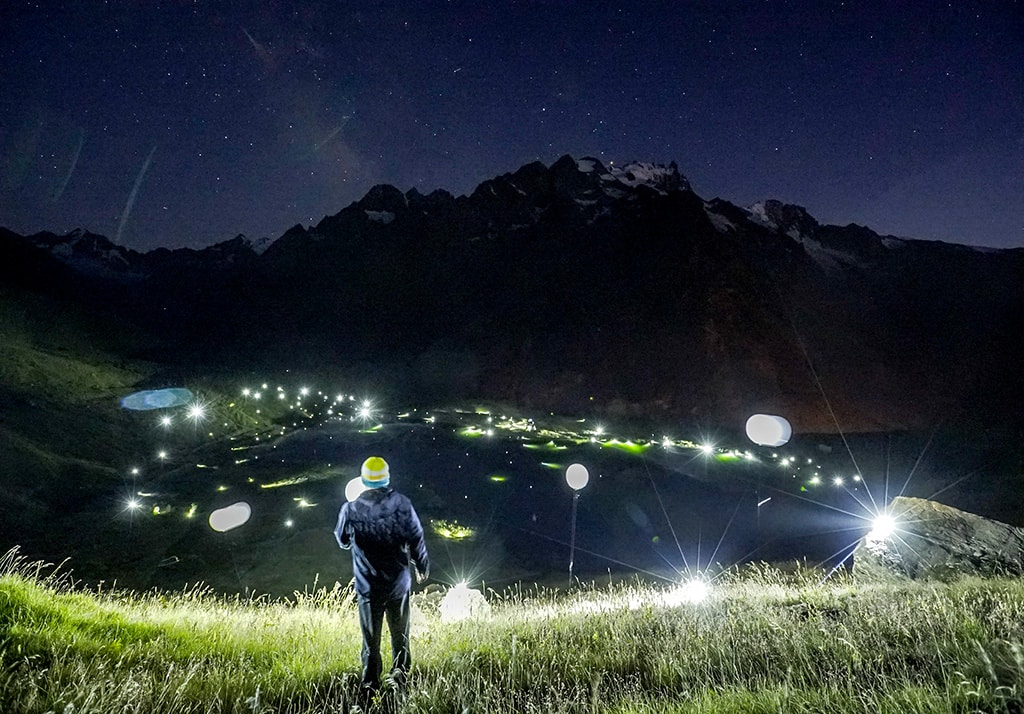 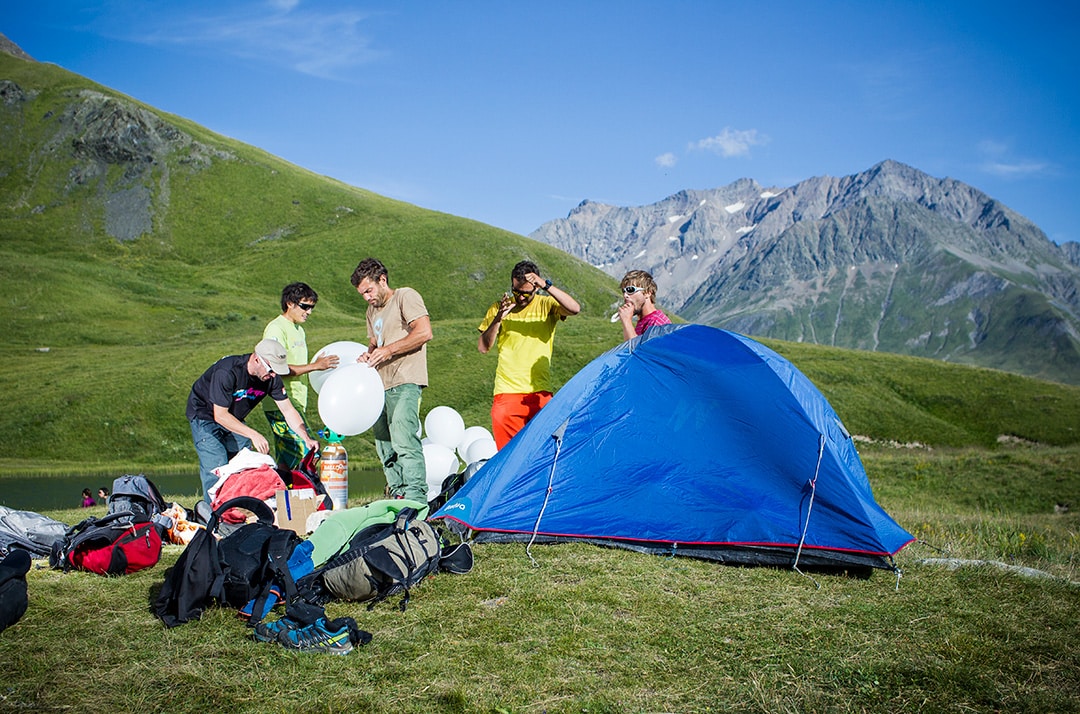 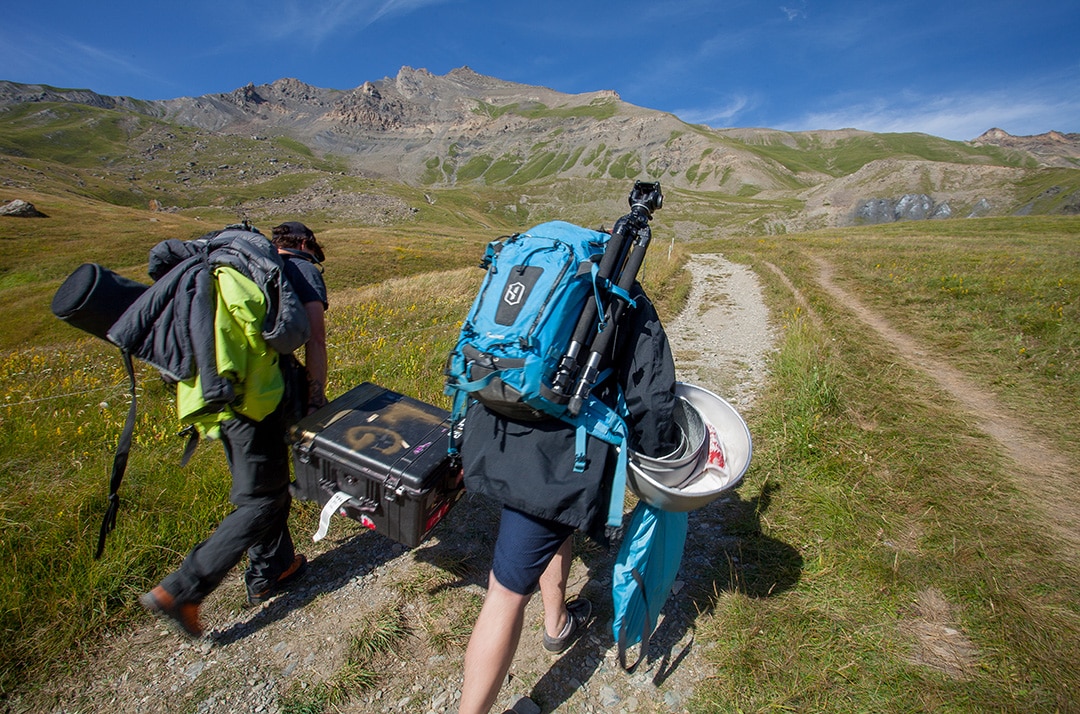 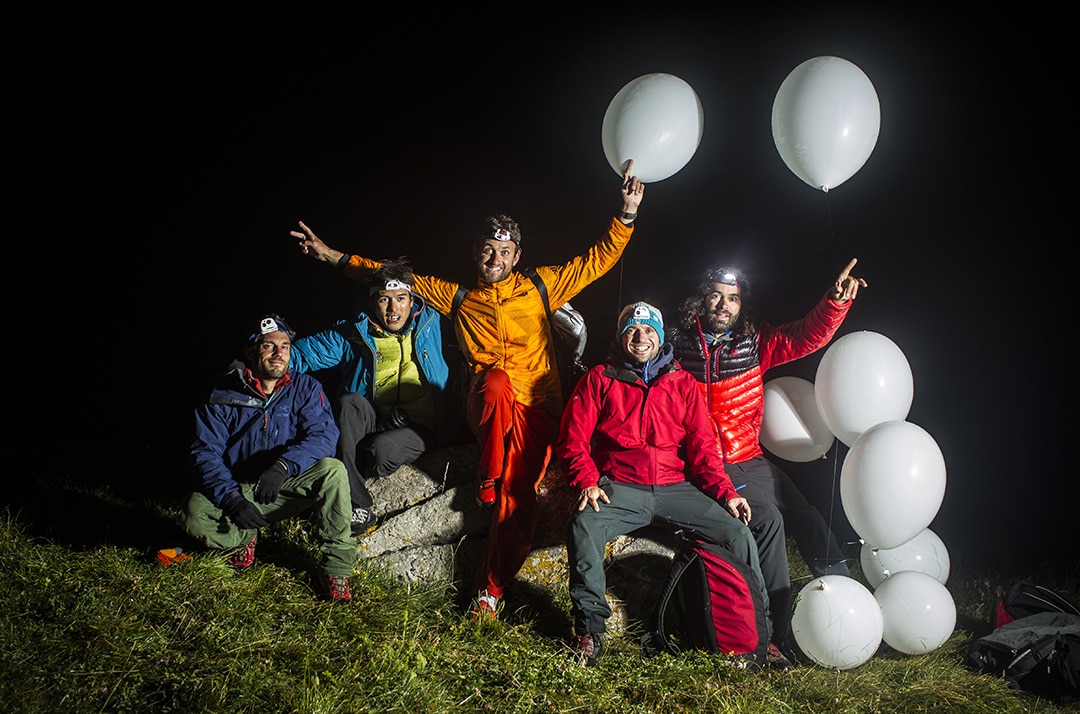 As night falls, paragliding pilot Jean-Baptiste Chandelier takes us on an extraordinary, highly-technical, truly unique ride, using an incredible light show to illuminate the great outdoors. The idea behind “Flying Lights”: play with the lighting in a way that had never been done to create a magical setting.

JB’s thoughts on making the film

“Night vision was the biggest challenge when making this film. Visual reference points are extremely important when paragliding. If blinded in any way, we lose all sense of direction… So we had to light up both the mountains and the lake. The lights had a starry-sky effect, except from below instead of above. It was difficult to see the terrain changes or the surface of the lake. When in the air, I was able to light where I was flying, but not much else. Luckily, I had a high-powered headlamp; the experience was incredible!”

3 days to complete the shoot

“The longest and most tedious aspect was preparing the balloons: blowing them up, attaching them with fishing line, positioning them, keeping them from flying away… or reminding kids in the area, so ecstatic to have found balloons in the mountains, to bring them back! In the end, we needed 8 people for three hours to set up the shoot, and almost just as many to pack up more than 200 headlamps… A logistical adventure we enjoyed 3 nights in a row. Thank god we had electric bikes to transport all of our gear!”