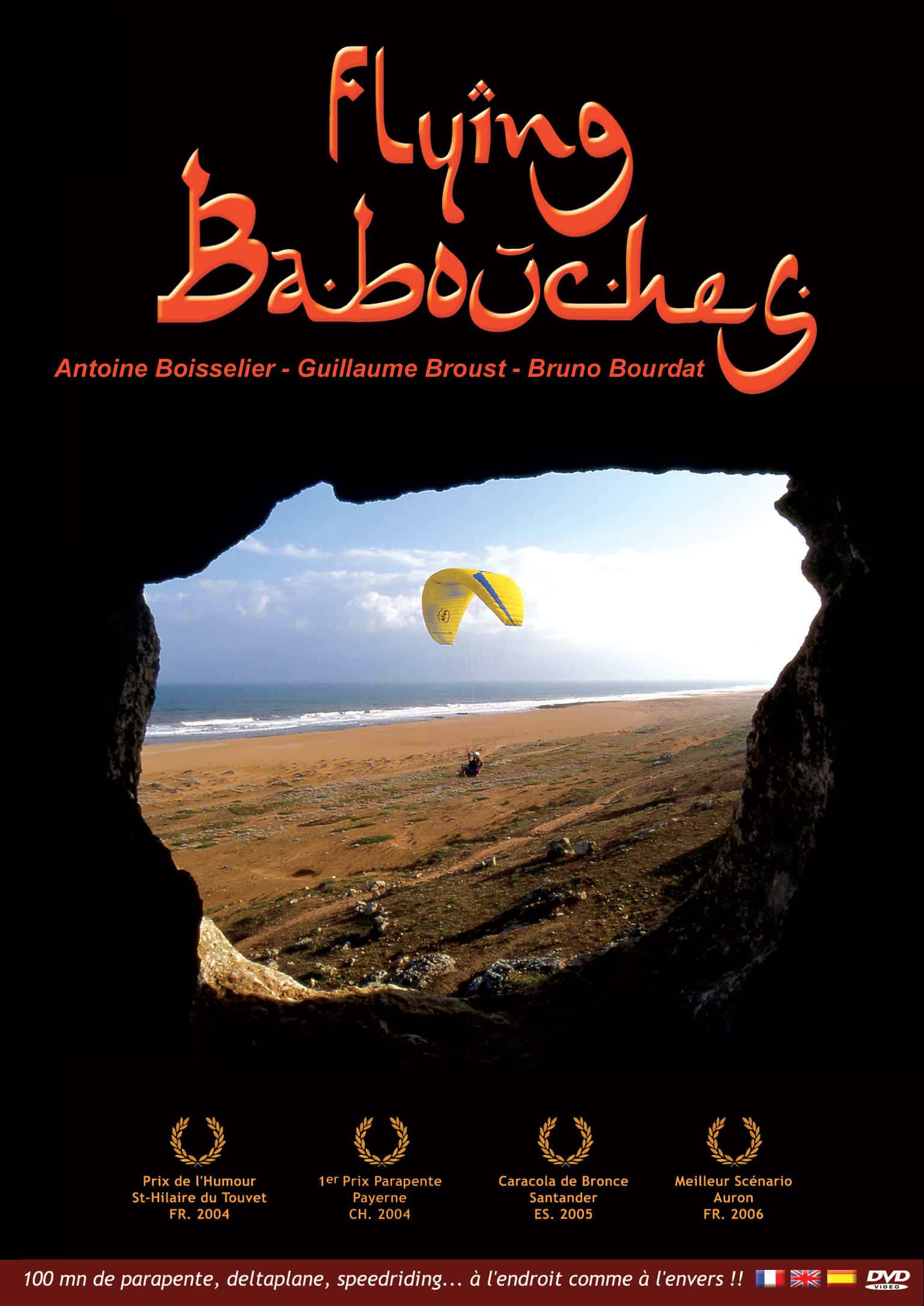 Flying Babouches was one of Guillaume Broust’s first major film projects, in collaboration with Bruno Bourdat and Antoine Boisselier. Through a “Youth Challenge” grant in 2001, the three friends set off to produce a short film on paragliding in Morocco.

The project spent a year in post production, and after winning the Coupe Icare’s “Best Comedic Film” award,  SevenDoc worked with the trio to produce a DVD, which includes the short, making-of footage, and several bonus clips (speed riding, paragliding documentaries about traverses and aerial acrobatics, the Red Bull Vertigo, etc.).

The DVD contains a full two hours of paragliding, hang gliding, speed riding, and much more (making-of, documentaries, bonus footage…). The film is available in French, English, and Spanish (subtitles). 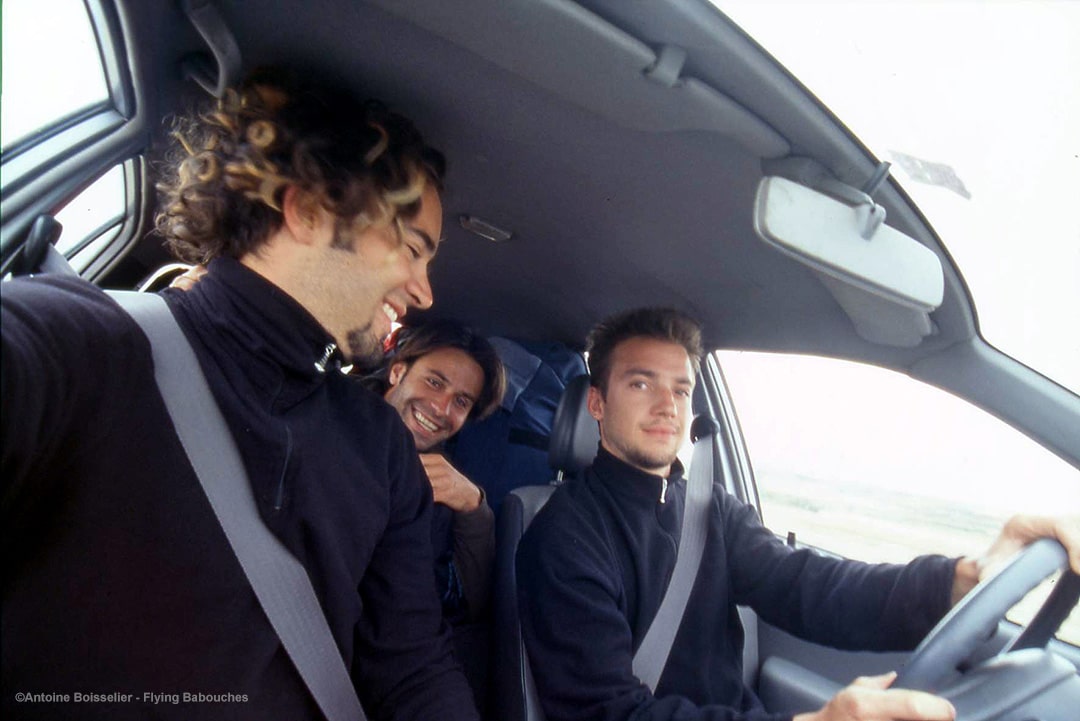 More paragliding videos
We use cookies to guarantee you the best experience on our website. If you continue to use this site, we will assume that you are satisfied with it.Ok