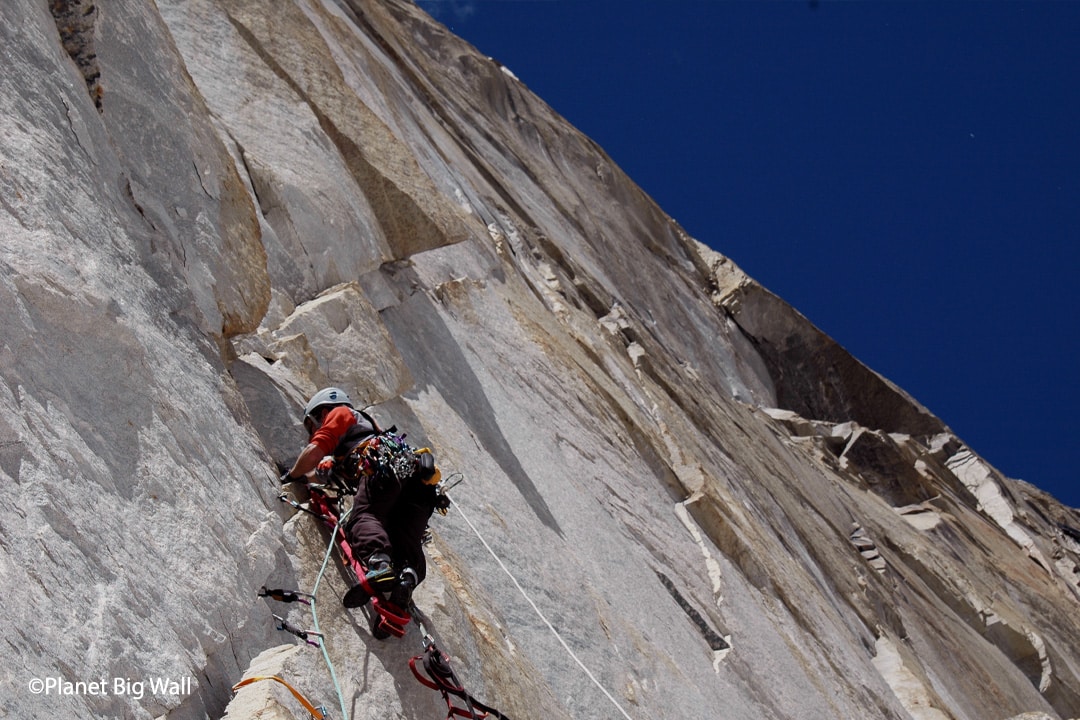 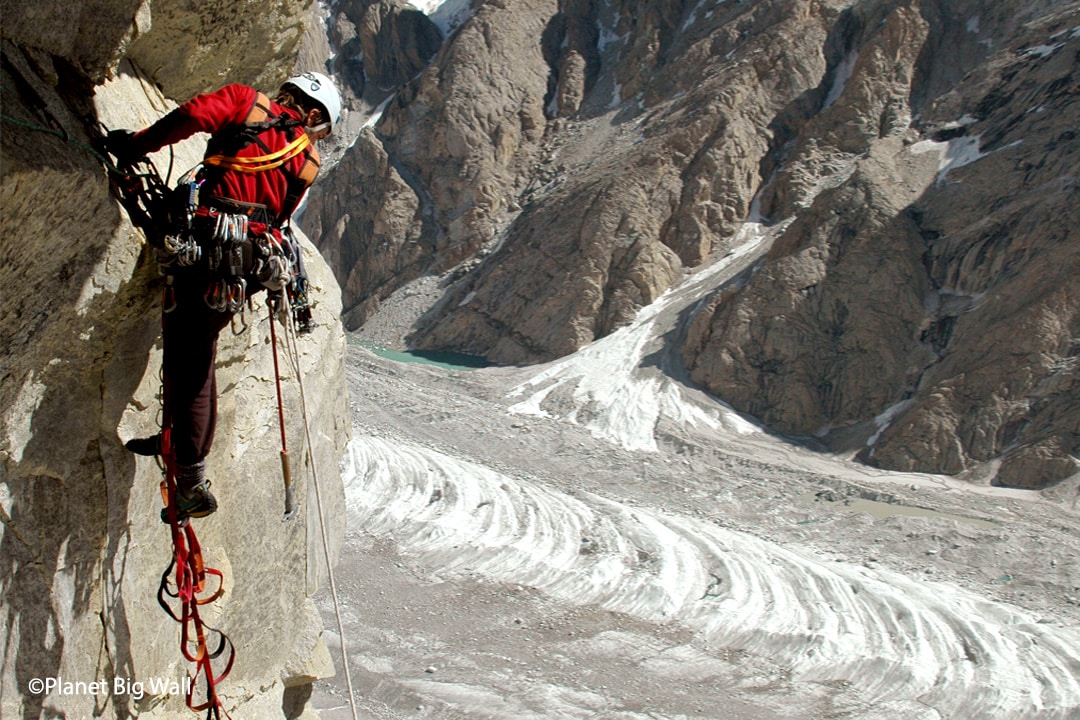 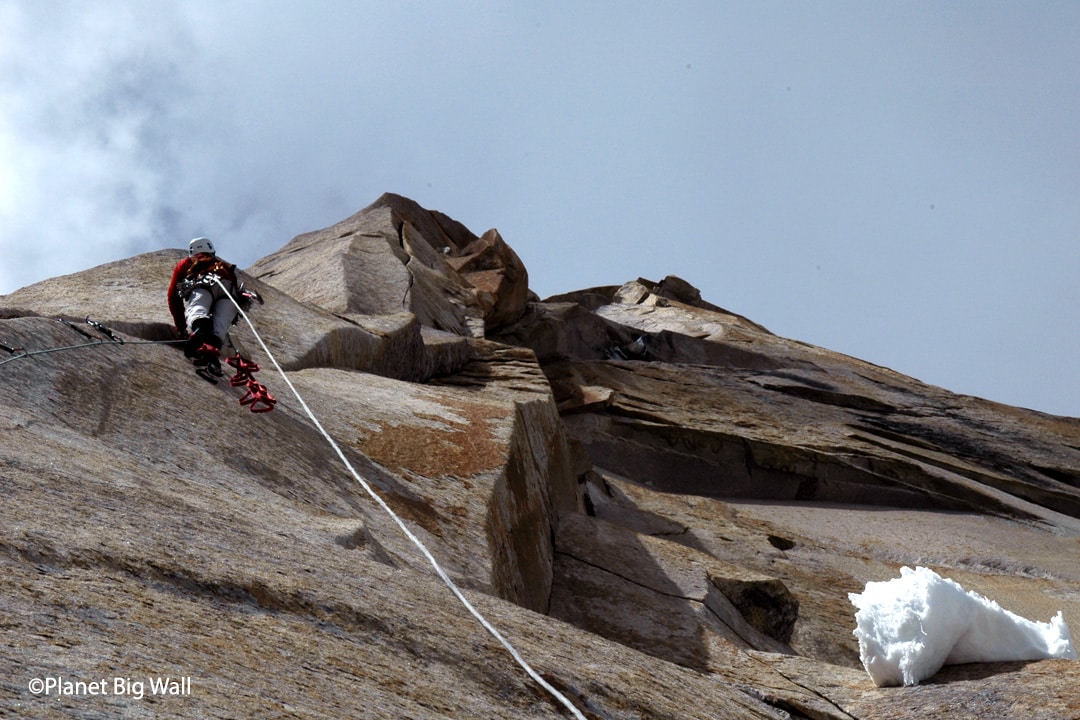 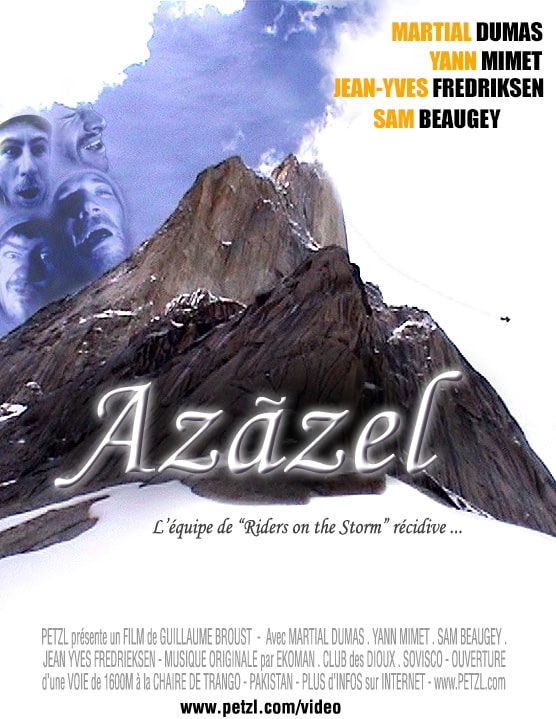 Azazel is the story of four friends who go to Pakistan to put up a new route on the Trango Pulpit, a 6000m peak.

They spent 20 days on the wall and Sam Beaugey did the first BASE jump from the summit. They mostly aid-climbed, and the climbers took their own footage.

Guillaume edited the movie and put together this great story about friendship. The film won several film festival awards, including the 2008 Banff World Tour.